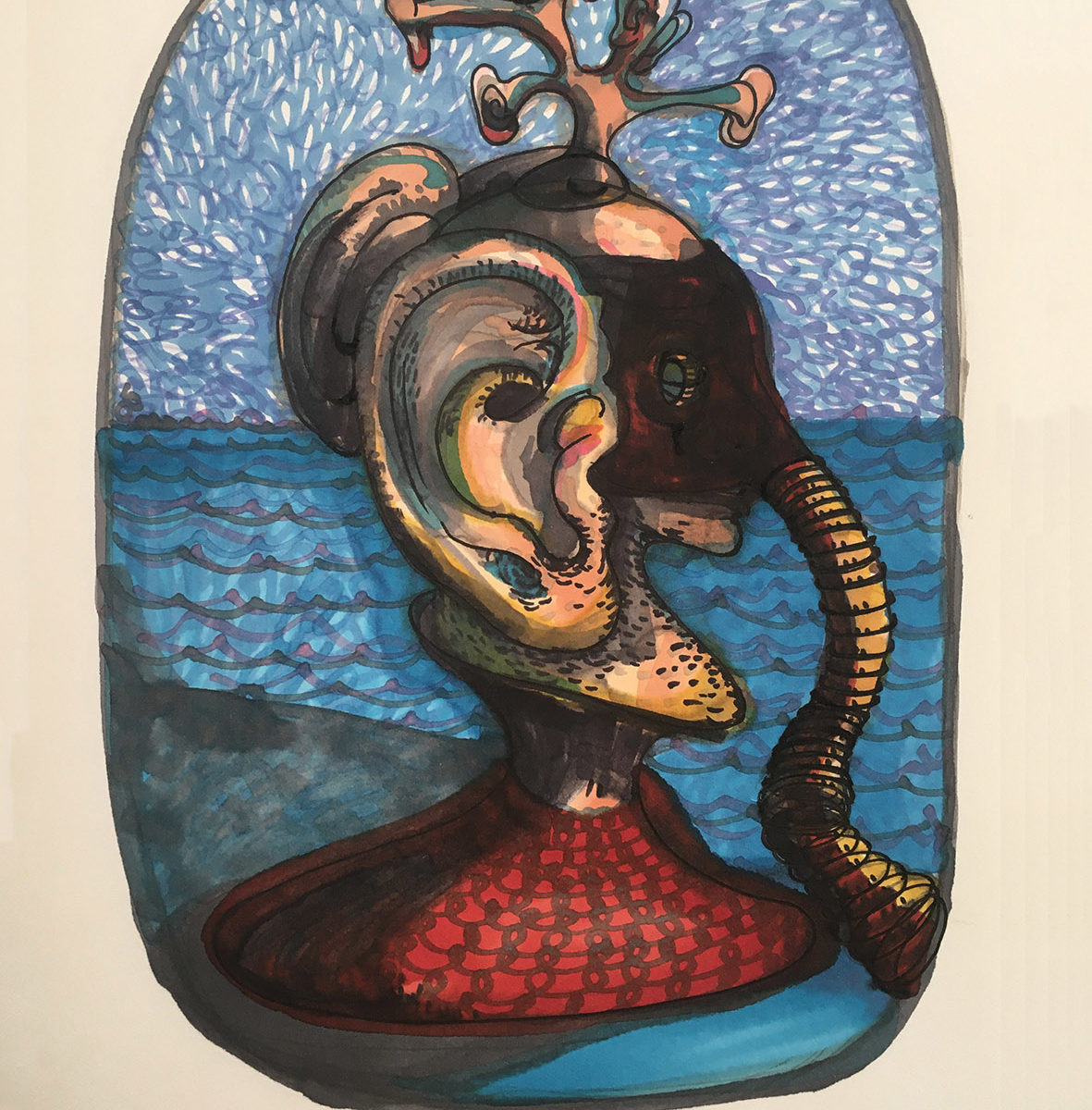 Christine Saalfeld was born in Munich. She studied art, design and philosophy at various schools including the University for Applied Arts and Design in Hamburg, Bezalel Academy in Jerusalem and Humboldt University in Berlin.  In 2000 she moved to the Netherlands and continued her studies at the Piet Zwart Institute, centre for postgraduate studies and research, in Rotterdam. Greatly inspired by literature and philosophy, her early sculptures were composed of groupings of abstract and architectonical shapes. The dominant theme of her artistic work was from the beginning human habitation forms and the way those architectural forms relate to our state of consciousness.   Her way of working can be described as a journey along built environment, urban areas and landscape, observing their qualities and meanings. By using the means of drawing, photo and sculpture, she generates surreal image spaces, site-specific installations and art in public places.